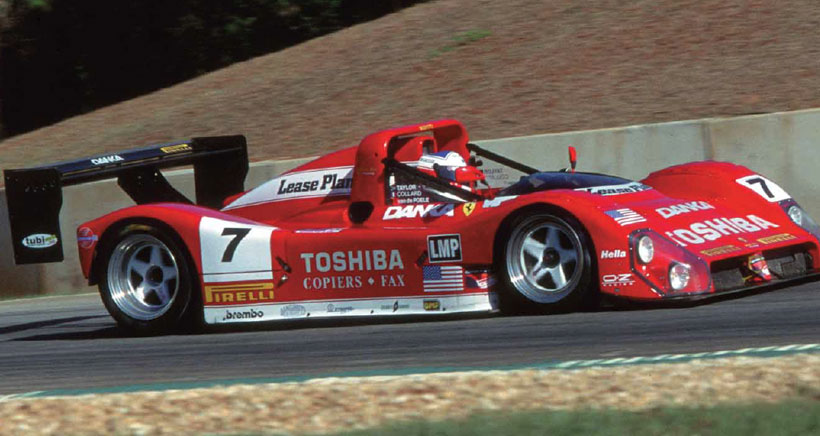 The three winners of the 1998 inaugural Motul Petit Le Mans – Wayne Taylor, Emmanuel Collard and Eric van de Poele – will serve as the Grand Marshals for the 25th running of this iconic race, which runs Sept. 28 through Oct. 1.

As an homage to the prestigious history of this event and the significant anniversary this year marks, the three original winners of the event will share Grand Marshal duties, which include giving the famous “Drivers, start your engines” call from the pre-race grid.

Although van de Poele and Collard had prior obligations for this historic weekend that will not allow them to witness the race in person, their presence will be felt as teams line the grid and prepare to take the green flag on Saturday, Oct. 1. Each of these two members of the original winning trio will share a message with teams and fans alike as final preparations for the race are underway, while Wayne Taylor will offer his thoughts from the open grid. 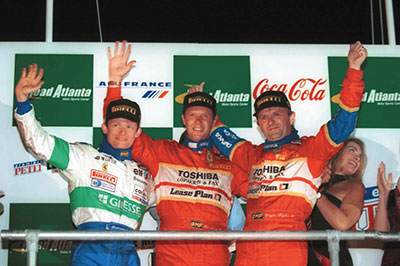 “Petit Le Mans was clearly Don Panoz’s vision, and it was for the fans,” said Wayne Taylor. “It's a unique 10-hour race and it always features a very dramatic and very exciting finish to the last lap. That is fantastic for Michelin Raceway Road Atlanta, for IMSA and for our sport. To have been part of the inaugural race win and now, 25 years later, to be given this opportunity to be the Grand Marshall is very humbling. I’m quite thankful for it.”

“We were very proud to be the first winners of this race,” said Eric van de Poele. “For me, the first Petit Le Mans was one of the best memories I had during that year because the team was very close, and we had a lot of success. I knew Le Mans well because I had competed in it a few times before. To be in a race in America called Petit Le Mans was very strange at the beginning. But when we arrived, I could see the enthusiasm and the organization around it. I realized it could be this fantastic race and it made quite an impression on me. With the link to Le Mans, it could be one of the keys of sports car racing in America with a lot of Europeans coming over to race in America.”

Emmanuel Collard ‘s debut race in North America happened to be the 1998 edition of Motul Petit Le Mans, and although he experienced challenges in the beginning of the race weekend, the final result crowned him a victor at what has become one of the most celebrated endurance races in the world.

“It was a great to be part of the team for this race because it was the first time for me racing in the United States,” said Emmanuel Collard. “To be honest, at the beginning, it was a bit embarrassing because the first time I exited the pits on new tires, I crashed straight away. So, that was really bad for the new guy. I raced this car with JB Giesse Team Ferrari, so I knew the car, but I had never used the Pirelli Tires which we were using with Wayne. Those tires were completely different from what I was used to. When I got out of the pits, I released the pit limiter and the grip on the tires was bad and I lost the car. But after that, everything was perfect, and the mistake was behind me. Wayne and Eric were really nice with me, and we had a really good weekend. The race was perfect, and we had no issues. I really enjoyed the race; it was a perfect race for all of us.”

Although the race has undergone some small modifications over the years, including changing the format from 10 hours or 1,000 miles to just a flat 10-hour race to the finish, the spirit of Motul Petit Le Mans has remained constant.

“Wayne, Eric and Emmanuel’s victory in 1998 is a foundational part of the history of Motul Petit Le Mans, so we’re extremely fortunate to have them share in the 25th anniversary celebration as Grand Marshals,” said Rick Humphrey, president and general manager of Michelin Raceway. “The opportunity to look back at the first running from where we are now at the 25th anniversary is a truly remarkable testament to the global significance of this race. Having the three original winners take part in our pre-race ceremonies is a very special way to link this momentous year with where it all began.”