Michelin To Serve As Title Sponsor for IMSA Labor Day Weekend at Michelin Raceway Road Atlanta; TireRack.com To Serve As Title Sponsor of Six-Hour Race - Michelin Raceway Road Atlanta
We use cookies to understand how you use our site and give you an awesome experience.
By using our site, you acknowledge that you have read and agree to our Privacy Policy and Terms of Use.

The TireRack.com Grand Prix at Michelin Raceway Road Atlanta is set for Saturday, Sept. 5 and is one of six races on the Michelin Endurance Challenge Weekend schedule. The TireRack.com entitlement leverages Michelin’s partnership with the tire retail giant and TireRack.com will be featured throughout the facility with prominent track signage and will be a part of the pre-race ceremonies.

“Michelin has an incredibly strong track-to-street technology connection, using endurance racing to showcase how longevity and performance go hand-in-hand,” said Matt Edmonds, executive vice president of Tire Rack. “And there’s no better racetrack as a laboratory than Michelin Raceway Road Atlanta. We’re excited to be a part of the connection between Michelin street tires and learning from motorsports.”

Michelin holds naming rights to both the 750-acre facility and the new Michelin Tower along the front straight of the 2.54-mile road course and will now be the headlining partner of the entire three-day event.

“This is a great opportunity for Tire Rack to be the featured partner on this unique Michelin Raceway event,” said track president and general manager Rick Humphrey. “To be able to introduce a new partner to IMSA racing and our facility at this time is a testament to the series and Michelin Raceway Road Atlanta. I believe this is just the start of a special partnership.”

In addition to the WeatherTech SportsCar Championship event, the weekend will also feature a 4-hour endurance race for the IMSA Michelin Pilot Challenge as well as two races for each the Porsche GT3 Cup Challenge USA by Yokohama and Lamborghini Super Trofeo North America competitors.

The IMSA series will return Oct. 14-17 as the fall classic Motul Petit Le Mans. Tickets and camping packages for both events are on sale now at www.roadatlanta.com.

ABOUT TIRE RACK
Tire Rack, family-owned and headquartered in South Bend, Indiana, is America's largest independent tire tester and consumer-direct source for tires, wheels and performance accessories. Their team of over 100 test drivers (their sales team) tests tires from every major tire manufacturer on the company's state-of-the-art, 11.7-acre test facility. The findings are then posted on the company's website, www.tirerack.com, where consumers can make an educated decision on a tire, wheel or performance accessory purchases.
Tire Rack has also collected results from over 130,000 consumer surveys representing over 2.3 billion miles of real-world tire data, the largest known cache of such information anywhere. In addition, various testing and informational videos are available online in their Video Center at www.tirerack.com/videos. Since 1979, Tire Rack has grown from a single-point retail store in Indianapolis to encompass over 2.8 million square feet of space in ten distribution centers across the country. A diverse and broad in-stock inventory from 26 major tire and nearly 60 wheel brands can be delivered anywhere in the country, most in one business day. A national network of over 8,000 independent Recommended Installers is available to assist customers with installation of their purchases. 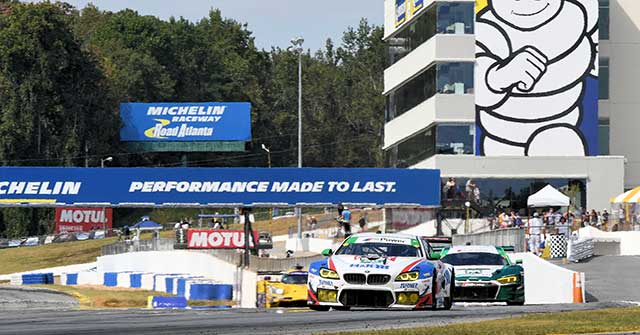