Motul Petit Le Mans Classes - Michelin Raceway Road Atlanta
We use cookies to understand how you use our site and give you an awesome experience.
By using our site, you acknowledge that you have read and agree to our Privacy Policy and Terms of Use.

The fastest and most technologically advanced sports cars in North America, the Daytona Prototype International (DPi) is specifically designed and engineered for the race track. DPi cars use chassis built to international specifications powered by engines from mainstream automotive manufacturers like Acura, Cadillac, Mazda, and Nissan. In addition, DPi bodywork includes styling cues that align with these engine manufacturers.

The Le Mans Prototype 2 (LMP2) is a closed cockpit car developed by four approved constructors. In addition to the IMSA WeatherTech SportsCar Championship, LMP2 cars are eligible to compete in other global series such as the FIA World Endurance Championship, which includes the prestigious 24 Hours of Le Mans.

Utilizing the same technical regulations as the 24 Hours of Le Mans, the GTLM cars are the most elite and fastest GT cars on the track. Based on production models, they are engineered to extract the maximum performance possible. The class serves as a true proving ground for leading manufacturers such as BMW, Corvette, Ferrari, Ford, and Porsche.

The GT Daytona cars are enhanced (not defined) by technology and utilize the global FIA-GT3 specification. The GTD class consists of cars from leading manufacturers such as Acura, Audi, BMW, Ferrari, Lamborghini, Lexus, Mercedes-AMG, and Porsche. 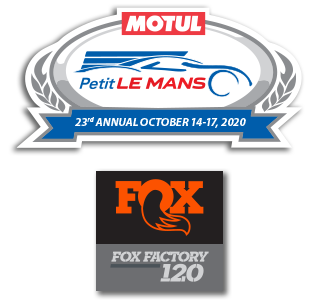