Star-Studded Entry List For Motul Petit Le Mans Features 38 Cars - Michelin Raceway Road Atlanta
We use cookies to understand how you use our site and give you an awesome experience.
By using our site, you acknowledge that you have read and agree to our Privacy Policy and Terms of Use. 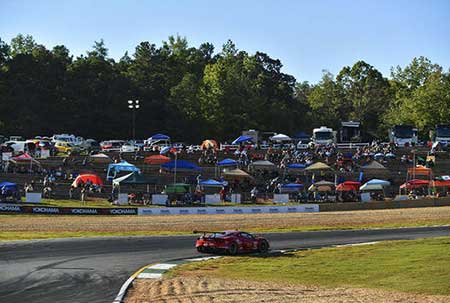 The stars will be out in full force next week when the 2017 IMSA WeatherTech SportsCar Championship fires the engines for the final time this season at Road Atlanta for the 20th Anniversary Motul Petit Le Mans at Road Atlanta on Saturday, Oct. 7.

Live FOX Sports coverage of the race begins at 10:30 a.m. ET on FS1 with live streaming throughout the race available on FSGO with FS1 authentication. FS2 will have two Motul Petit Le Mans live television windows, the first from 11:30 a.m. to 2:30 p.m. ET and the second from 5 p.m. through the checkered flag and post-race activities ending at 9:30 p.m. ET.

In addition to the 10-hour Motul Petit Le Mans serving as the season finale for the WeatherTech Championship, it also represents the fourth and final round of the race for the 2017 Tequila Patrón North American Endurance Cup. The four-round Patrón Endurance Cup recognizes the top performers in the four WeatherTech Championship endurance races: the Rolex 24 At Daytona, Mobil 1 Twelve Hours of Sebring Fueled by Fresh From Florida, Sahlen’s Six Hours of The Glen and Motul Petit Le Mans.

And because it’s an endurance race, many teams have enlisted superstars from throughout the sport to complete their driver lineups alongside their regular, full-season drivers.