Join Us at the Motul Petit Le Mans Kickoff Party! - Michelin Raceway Road Atlanta
We use cookies to understand how you use our site and give you an awesome experience.
By using our site, you acknowledge that you have read and agree to our Privacy Policy and Terms of Use.

Join Us at the Motul Petit Le Mans Kickoff Party! 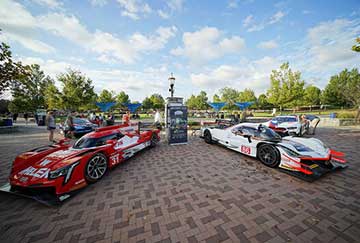 For the second consecutive year, IMSA and Michelin Raceway have teamed up to organize a pre-race event for teams, drivers and fans alike ahead of the season finale weekend for four IMSA series.