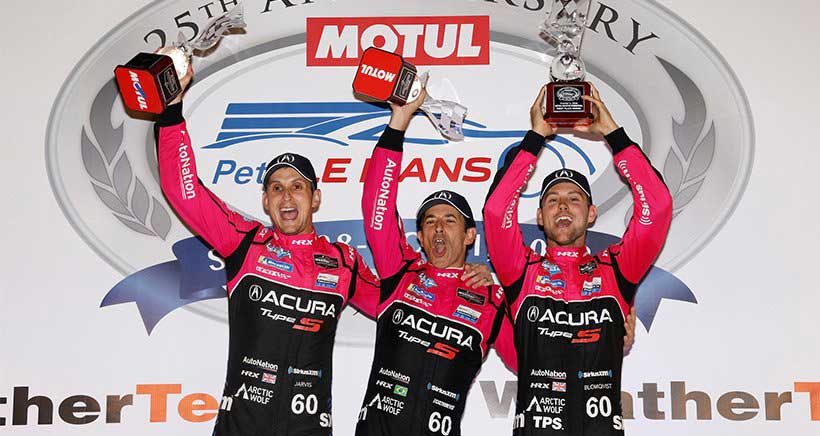 They did that and much more.

Blomqvist, Jarvis and Helio Castroneves combined to win the 25th Motul Petit Le Mans at Michelin Raceway Road Atlanta, claiming the drivers’ title for Blomqvist and Jarvis and winning the team championship for Meyer Shank Racing with Curb-Agajanian in the season finale Saturday for the IMSA WeatherTech SportsCar Championship.

“I’ve never dug so deep in my life,” said Blomqvist, who anchored the victory with his final stint. “I was so motivated to win this thing this weekend.”

The contact damaged the rear suspension on the No. 10 Acura, ending its championship chances and leading to celebration for MSR.

“What a race,” Jarvis said. “It looked like we were out of it with about an hour and 20 to go. I’ve been on the receiving end where I led a few years back and had an issue and failed to be leading, so I know how it feels. They had a fantastic year, so full credit to them, but for Meyer Shank to come away with a championship is something really special.”

The pit stop turned out to be the winning move for the No. 60 car. With 51 minutes remaining, two Cadillac Racing drivers – Renger van der Zande and Earl Bamber – crashed in Turn 1. During the ensuing caution period, Albuquerque, then leading, pitted with Blomqvist on his rear wing.

Blomqvist left his pit stall in the lead.